Not All Goths Are Center Stage 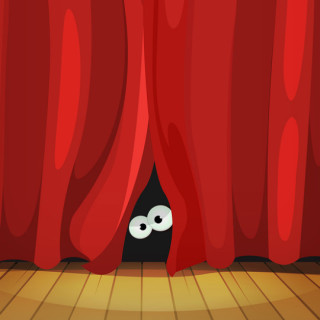 I thought this deserved at least a short pondering-in-print.  Recently, a young woman was sharing her lamentations about being "an unsuccessful Goth". Her concern was that no one knew her, that she wasn't visible and that no one took her seriously for her "hobby."  So I asked her what she thought being Goth meant.  Like most of us, she relayed her love of dark things, fancy things, more than a touch of morbidity, the colour black, and anything artistic and creative along those lines. Then I asked her, based on her definition, and the fact that these are things she loves, aspects she has added to her own day to day life, how she felt she was unsuccessful. There was a long pause before she smiled.

The simple fact is... being Goth is simply that. Being. Not proving and not displaying (unless one wishes to. One's "gothness" should not be, and seldom is, judged by other goths based on the size of one's gothy wardrobe, alternative hair colours, or lack thereof, whether they make a living as an artist, a writer, or some other artistic pursuit, or how much band trivia they can spew in a conversation about "The accepted" Goth bands over the decades. It's a state of being and a love of gothic things. In addition, it cannot be cancelled out by a love of other things, too. I've known quite a few "cowboy goths" over the years. Last I heard, we add a second or third word to our "Goth" self-description as a way to express the breadth and width of our horizons, our love of many things, and our preferences. It is not meant to compete, exclude or narrow in any way, our place in the world.

As it turns out, like most of us, this young lady was comparing herself to others in her search for her own identity. Like the person who compares themselves to others, "Am I thin/curvy enough?", "Am I tall enough?", being Goth is a huge part of her self-identification, and as is natural, she had stumbled into that trap, but was quick to catch it and ask.

That same question lends itself to the fact that not all Goths are the center stage performers, the famous writers, artists or DJs.  Not all Goths are famous YouTube celebrities with a regular vlog, the most popular shop in New Orleans or other metropolis that has been identified with the Goth scene. Behind every well-known or up-and-coming Goth performer is an army of stage hands, costumers, etc. who are a mixture of Goth and non-Goth. Those well-known and adored writers also have editors and publishers, publicists and experts who are a mix of Goth and non-Goth. We are quite literally everywhere. Some of us support Gothic arts in an advisory, promotional or technical role. Others of us support Gothic arts as consumers.

Being Goth has one common thread, as I have found, and that is a love of Expression, in its many dark, or surreal, or non-mainstream ways and through countless mediums. We feel deeply, even though many seem quite aloof (and if you've been in their shoes, you'd understand how the two are connected), and enjoy emphatically.  It may or may not show on the surface, but it is there, and it makes no one less or more Goth.

Enjoy your Gothness, your Wickedness, your Twistedness and your Spookiness. Fly your black flag, and if it includes trimming in red, purple, emerald green, royal blue, or even some white stripes (mine includes lace), excellent!!

Be, Live, Enjoy, and Keep it Spooky,
Raven
Posted by Raven Sexton at 1:45 PM