With a huge nod and thanks to the Gothic Tea Society (http://gothicteasociety.blogspot.com/) and Michelle Phan, I just had to pass along this wonderful instructional video. I had seen it fly by on my FB feed some weeks ago, but not until today did I have a moment to sit and watch it. Enjoy! 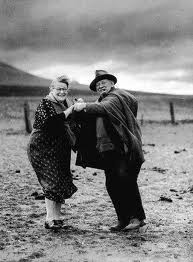 One of the primary reasons many come to my blog is because of a love of the past. (Haunting, spooky stuff is just a bonus that goes with the territory) Most of the people I hear from and spend time with have a deep and abiding love of the past. We love the old houses, buildings, landmarks, bridges and neglected landscapes that allow us to escape to a time when perhaps they were new and shiny, full of the sounds of laughter, music and life in general. We easily imagine 1920s "liberated" women with their pin curls and cloche hats, or bustle skirts, parasols and gentlemen in suitcoats and bowlers or top hats. Some more adventurous souls picture a Depression Era couple in plain brown cotton, aged white shirts and tattered straw hats, their shoeless children knocking cans down a dirt road with a stick or swinging on a rope out into the middle of a pond.

Whatever it is we envision, it is the sensation of being transported back to another "simpler" or more elegant time, imagining the voices of those who came before and seeking some tangible connection to that time. Something I learned from an early age is that history is far better when it comes in story form from those who were there. And this brings me to the topic of this post.
Read more »
Posted by Raven Sexton at 11:28 AM 2 comments:

Five Steps to that "Better World" 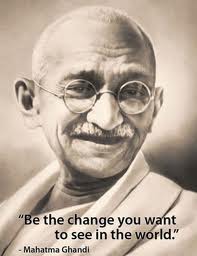 Recently I saw a FB post that was so brilliantly put that it made me recall a conversation I have quite often with people. The post said something along the lines of "We want to leave a better world to our children. How about leaving better children to the world.?"  I cannot begin to express how thrilled I was to see this statement, not because I have anything against today's children, but because I honestly feel bad for them. The last few generations of children have been robbed of the guidance and role models of their predecessors in exchange for an insulated, feel-good laboratory study in positive reinforcement. Parents have been told for the last two decades, "Encourage your children. Tell them there is nothing they can't do." But don't let them try in the off chance they may fail, or rig the competition so that everyone wins (a hollow victory). Well, the failure is a valuable lesson, and at some point, Life will toss it their way again.

Read more »
Posted by Raven Sexton at 3:15 PM No comments:

I don't often post spur-of-the-moment about personal experiences, but I had to share this one because it made me think as well as making me smile. I have a new term (at least new to me) to share: Gateway Goth. It's a simple story, but in many ways, a very common occurence in my world. I was approached by an executive today while standing in line for my cup of morning invigoration and caffeination. When one enjoys coffee as much as I do, all of the most convenient java suppliers are mapped out and frequented almost like clockwork. I know I'm not the only one, but I was certainly surprised to realize that there are some people who are as haze-free as I am before coffee, and their powers of observation are actually impressive.
The gentleman who approached me had noticed the burgundy stripe in my hair. It is not uncommon where I live to see women all day long with long black hair, but a strip of burgundy does stand out just a bit. He nodded to the stripe, then to my antique jewelry and asked "Are you Goth?" Brow arched, I chuckled and nodded, even though the rest of my wardrobe, aside from being black with a little lace, was, in my opinion, fairly mainstream with a focus on professionalism (read: corporate). Ok, so the Edwardian boots beneath my slacks might have been a bit of a giveaway, as well.
I told my new acquaintance that I was impressed by his powers of observation. He confided that he had a Goth college student for a son and had found himself impressed by the genre as well as more than a bit reminiscent about his own punk teen years. Apparently he was "less expressive" and more "conformist" during his college days, so a lot of this was still part of a learning curve for him.
After a fifteen or twenty minute, very enjoyable conversation, he thanked me for being "approachable" and for the affirmation that there are always things one can do to express their "Gothness" in even the most mundane attire. I did admit that I have similar conversations with folks from all walks of life on a fairly regular basis. This intrigued him and he asked "And they aren't spooked?"  I couldn't help myself..."Everyone likes to be spooked. So perhaps they're glad to know.... We're everywhere." He laughed and nodded sincerely. "I sure hope so."
This brought our conversation to an amicable close, but not before he informed me that I am a "Gateway Goth"... one of those goths that others come to with questions. Apparently we "lift the veil" but only enough to let the truth leak out just enough to build the appeal and get even the most vanilla individuals in touch with their Inner Spooky/Macabre/Shadow. We are the good alternative... where parents warn their kids about "gateway drugs"... apparently some are happy to direct them toward Gateway Goths.

And now I'm off with a chuckle and a fresh cup of coffee.

Keep Calm and Spooky On,
Raven